About MEME and SEEDS

The Modeling and Evidence Mapping Environment (MEME) was developed to help users build qualitative models of scientific phenomena, and revise those models based on evidence. 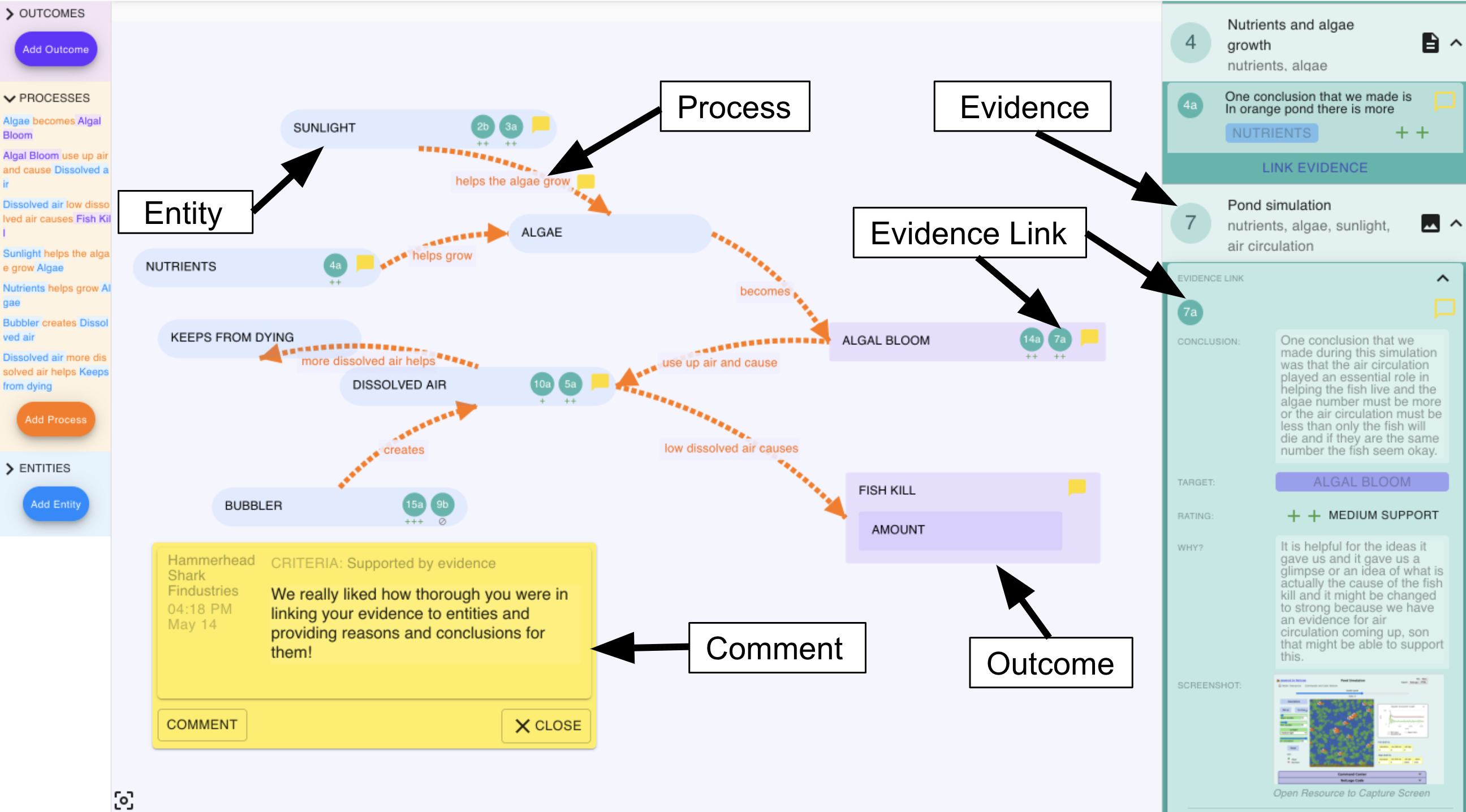 MEME is modeled after a number of previously succesful approaches to helping students represent their emergent ideas, such as concept mapping. However, we have added 3 key sets of features that we believe set MEME apart, while supporting our research into how students develop and refine scientific models:

We have been exploring students’ use of MEME as part of the NSF-funded Scaffolding Explanations and Epistemic Development for Systems (SEEDS) research project. Our goal in this project is to explore how students think about different kinds of evidence, and how they use evidence to evaluate or refine their scientific models—key practices for engaging in constructing scientific knowledge.

Meme was originally developed for use in 5th grade science classrooms where students used it to explore eutrophication (Danish et al., 2021). You can see more about this in our resources page. However, we have also used it in grduate seminars, undergraduate courses, and to support our design efforts as we attempt to develop Design Based Research (DBR) conjectures and plan our next study. In short, we think it can be helpful in any context where it is useful to collaboratively develop a model, particularly if you wish to link that model to evidence or other resources.

Funding for the the iterations of the SEEDS Project